Put People First! PA invites you to participate in building a grassroots movement for health and dignity in our state by taking our healthcare survey and sharing it with your family, friends, neighbors, co-workers, and other community members. Over the next two months, our Healthcare is a Human Right campaign will engage 400 people across PA, from every region and from a diversity of backgrounds in exploring our experiences with the healthcare system. We have already collected 100 surveys in person from door-knocking and tabling, and we launch our online survey today! Take the survey here. Take the survey in Spanish here.

This survey was designed by Put People First! Pennsylvania, a member-led organization of Pennsylvania residents who are struggling to meet basic needs like healthcare, jobs, housing, food, education, transportation, and a healthy environment. Our Healthcare Is a Human Right campaign is dedicated to making sure that everyone in Pennsylvania can get the care they need. The purpose of our survey is to deepen our understanding about your lived experiences with healthcare and dental care, both in the past year and over the past 10 years. The survey is an important tool to ensure that our campaign aligns with what the residents of our state need, and with it comes an invitation to you to get involved. The survey should take about 10 minutes of your time or less to complete. If you would like to share your healthcare story, learn more about our campaign, or find out how you can get involved, you can get in touch with us here. Any information you provide will be completely separate from your survey so that all your survey responses remain anonymous.

Through ongoing engagement with our neighbors and communities via free health screening clinics, human rights hearings, fundraising for people in healthcare crisis, direct action and legislative strategies we are building a people’s movement for health and dignity throughout our state. Your experiences and your voice matter to us.

More information on the survey: Our survey has been designed to meet rigorous standards with members of Put People First! PA Organizing Committees in Central and Southeast PA under the advisement of PPF members Jamie Longazel, Assistant Professor of Sociology at the University of Dayton, and Ben Palmquist of the National Economic and Social Rights Initiative.  Results will be shared with the public via a variety of channels including one or more of the following: a report on the findings, info-graphics, digital stories of respondents, release events and community conversations. Team of PPF Members volunteer and administer the Healthcare Survey at the Mission of Mercy Dental Clinic in Harrisburg, PA 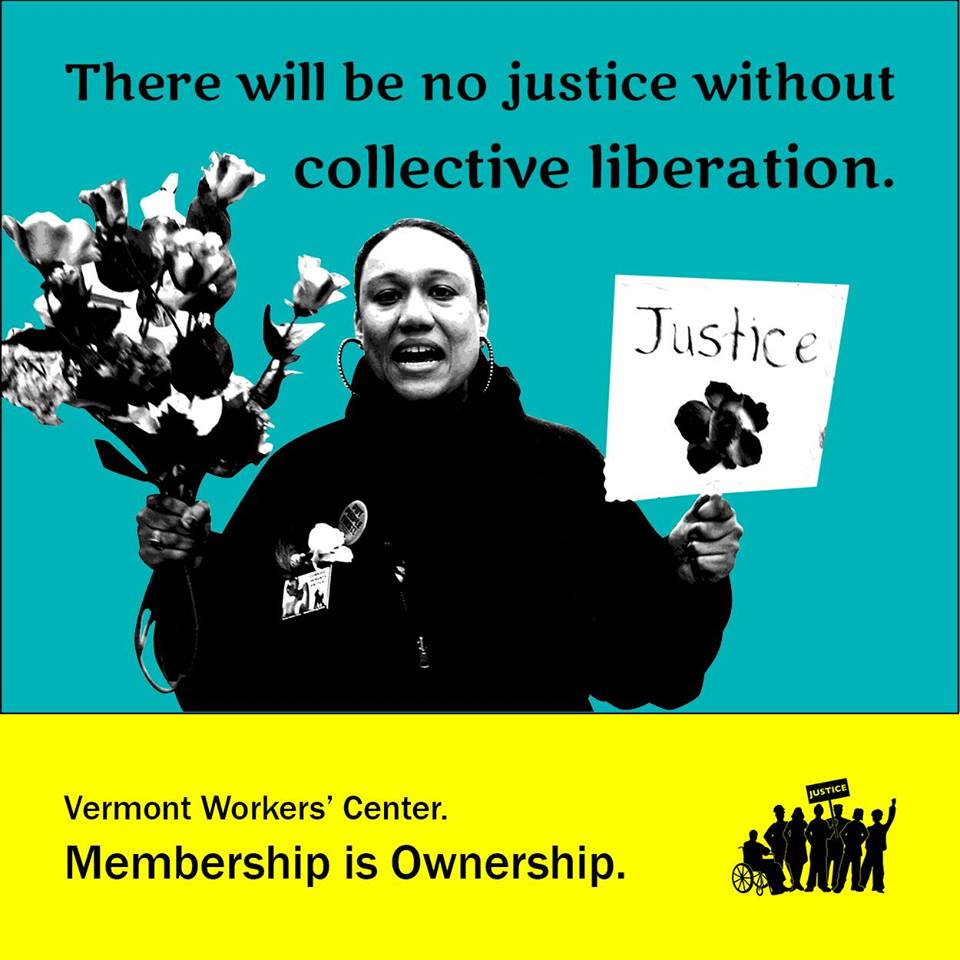 The Vermont Workers Center’s Healthcare is a Human Right campaign, launched in 2008 and victorious in passing Act 48 in 2011, is the foundation on which a statewide movement built to scale. The campaign offers a real solution to meet one of our most basic needs, and elevates expectations of our political system – to meet human needs equitably and put people before profit. The campaign built solidarity between working families who are citizens and undocumented communities, using the guiding principle of universality combined with political development of leaders to ensure a spirit of “unite and resist” as opposed to “divide and conquer”. When the legislature tried to exclude the undocumented from Act 48, VWC members rejected this false choice designed to crush the movement and defeated the measure. Act 48 passed in 2011 as the first truly universal state health care bill in the US. END_OF_DOCUMENT_TOKEN_TO_BE_REPLACED

Demonstrating what our human right to health care looks like

The clinics are a way of meeting people’s immediate needs while also connecting people to collective action. The goal is to expand our membership base and offer a health service that helps us imagine a health care system based in the belief that health care is a human right. END_OF_DOCUMENT_TOKEN_TO_BE_REPLACED