“On August 11, 2014 Put People First! PA in the Northeast held our first tabling event at the NEPA Pridefest at Kirby Park in WIlkes Barre. Members Paul Deppen, Brad and Gail Artley, Alia Trindle and Nijmie Dzurinko worked together for a very successful event. Over 70 people took the health care pledge, and 7 signed up on the spot for membership. We’ve been following up with all the people we’ve met to build relationships and keep them connected with Put People First. The response has been very positive and energizing. We had a gathering over coffee this past Saturday at a local Bakehouse in Kingston, PA. We have more outreach events planned for the coming weeks, and are building relationships with local partners. I must say I am very excited by the positive response we are receiving from everyone I speak to.” — Deb, NE PA Field Organizer

Put People First takes off at Equality Fest in York

York, PA witnessed the Equality Fest on August 3, 2014.  The event was a celebration of LGTB rights in the State of Pennsylvania.  This was the first event where Put People First PA reached out to the York community. Folks were engaged into conversations about their experiences with the health care system.  From these conversations, it was evident that the broken healthcare system effected people from a diverse set of political lines and socio-economic statuses in York. Apart from these conversations Put People First provided a free health screening clinic for blood pressure.  This service was only made possible thanks to our volunteer nurses.  At the table folks were given information about healthcare as a human right and were invited to the showing of Mercy Killers on August 30th at 7pm at the UUC (925 South George St). 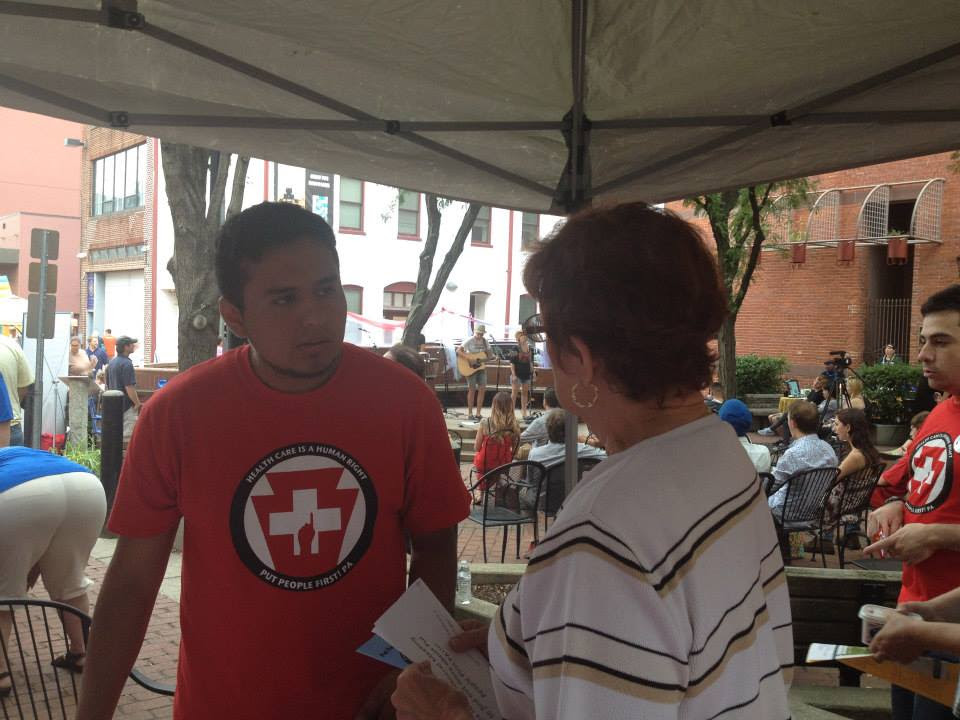 “As the current community field organizer in York for Put People First PA it was an energizing experience to see how people were not just interested about healthcare but had an urgent need for change.   OnSeptember 6, 2014 (1pm to 3 pm) Put People First PA will be holding a general orientation meeting at the Quakers Meeting House in York (135 Philadelphia St, York, Pa 17401).  We invite folks to come out to this orientation to learn more about Put People First Pa but also to make this space theirs to talk about healthcare.” — Eliel, Central PA Field Organizer