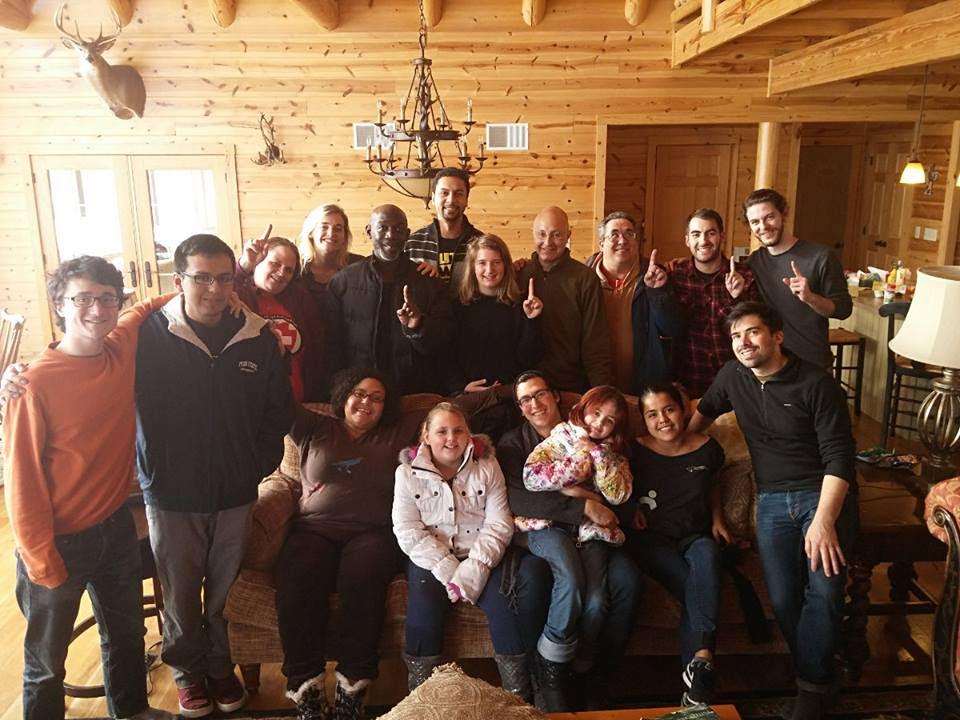 A Foot Deep in Snow and Marching into the Year Ahead Put People First! PA held our first ever Winter Teams and Organizing Committees retreat In beautiful Shade Gap (Huntingdon County) on the weekend of January 23rd, 2016. This was the jump off point for the new year. We couldn’t have asked for a better setting: surrounded by mountains, trees, and yes snow, lots of it. Our retreat was also the weekend of the biggest snowstorm of the winter so far, but that wouldn’t stop us! Seventeen adults representing each PPF Team, Organizing Committee and the Campaign Advisory Board, along with three young people, braved the storm to be together as a family. Additionally, members who couldn’t be there in person called in for different portions of the retreat. We met in teams to set goals and timelines for the year, addressed strategic questions across our teams, deepened our commitment to grassroots fundraising, learned about how our economic system works and studied history together. It was a great space to build our strategies and friendships. Listening and being a part of the different discussions and trainings, I learned so much about myself as a leader, and I saw the brilliance of our members and partners first hand. One of the best quotes was from Danelle who came by train from Johnstown with her two daughters: “I didn’t say it was going to be easy, I said I would do it.” Which reflects how I feel about the conditions ahead of us.

My greatest takeaway from that weekend was that real power comes from collectivity. Seeing our strength in each other and wanting to put each other first was re-energizing. I know that the people in PPF and our partners will be a large part of changing what is politically possible. Not just in Pennsylvania, but in our whole society. I want to thank everyone involved with the retreat! The planning team (Sheila, Nijmie, Nick and Anna) and everyone who attended, set up, cleaned up, prepared food, played with young people, taught, led, called in and participated. Also thank you to all of those folks who were unable to make it in person. We know you were with us in your thoughts and in spirit.

With love,
Roger for the PPF Media and Communications Team