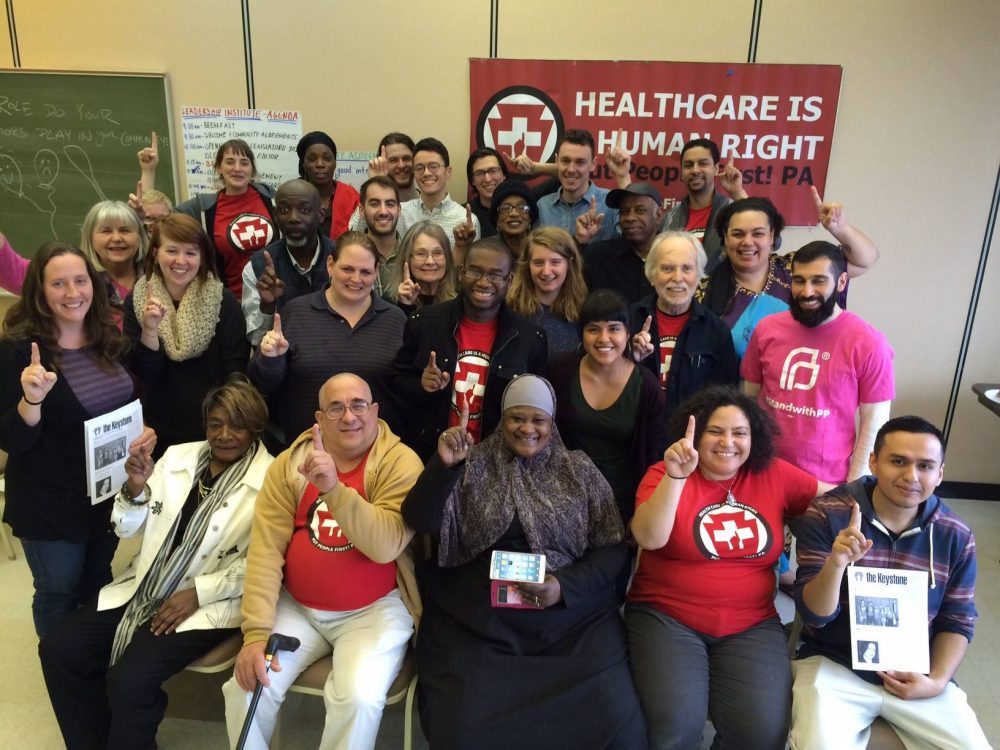 I attended the Put People First Pennsylvania Leadership Institute on April 10, 2016, held at the Hafer Center of the Lancaster Theological Seminary. I am a new member of PPF, and I feel really lucky that I was able to meet so many dynamic people from all over Pennsylvania, and to learn in-person what PPF has going on state-wide.

The whole day was such a great way to see the scope and strength of all that Put People First Pennsylvania continues to build. I was flattered that I was asked to attend a leadership institute so early in my membership with PPF. But as I was there, I saw that one of the principles of PPF is to develop the leadership of its members, and for each member to see themselves as a leader in their geographic location and in their healthcare/social circumstances. This confidence in every member’s leadership capabilities made me feel very confident that I had made the right choice to join up with this organization.

I attended the morning session “Letter to the editor: How to use and leverage our voices in mainstream and local media to address the healthcare crisis.” This was particularly valuable to me, as my organizing activities often have to be done from home, because of eldercare. I learned about the large audience these letters can have, and how to write a letter effectively.

I also attended the session called “Sharing your healthcare story: Exposing the failures of the healthcare system through our personal story to organize and mobilize our communities.” This was an empowering session, because we learned a way to turn our difficulties into tools for movement-building and real change.

In the afternoon I attended the “Building Strong Organizing Committees” session with the Southwest Philadelphia OC. We talked about what specifically would be most helpful to build the movement where we live. Much of what we came up with could be grouped under “getting people we already know involved!” Another group of ideas centered around having information about PPF available at places where people go (and wait) who could bring their healthcare stories/strengths to PPF, for example hanging flyers at clinics, the pharmacy, and senior centers. After we returned to the large group, we discussed what makes a good “action” – an action meaning when organized people do an unusual activity in a public place to draw attention to their cause. We then moved into smaller groups based on topics for actions we were most interested in.

I moved back home unexpectedly last autumn to care for my mother as she endured a health crisis, and luckily found work. I don’t have a lot of time for extra things, but I am committed to social justice. I hoped to join a local movement that addresses and seeks to correct the unfair levels of vulnerability to healthcare problems, economic exploitation and incarceration that effect people both in urban and in rural areas. Put People First is fighting against all these problems. I love that that Put People First Pennsylvania is flourishing right here, in the birthplace of the genocidal, settler-colonial United States. I am proud to see PPF using compassionate grassroots organizing to create more just world.