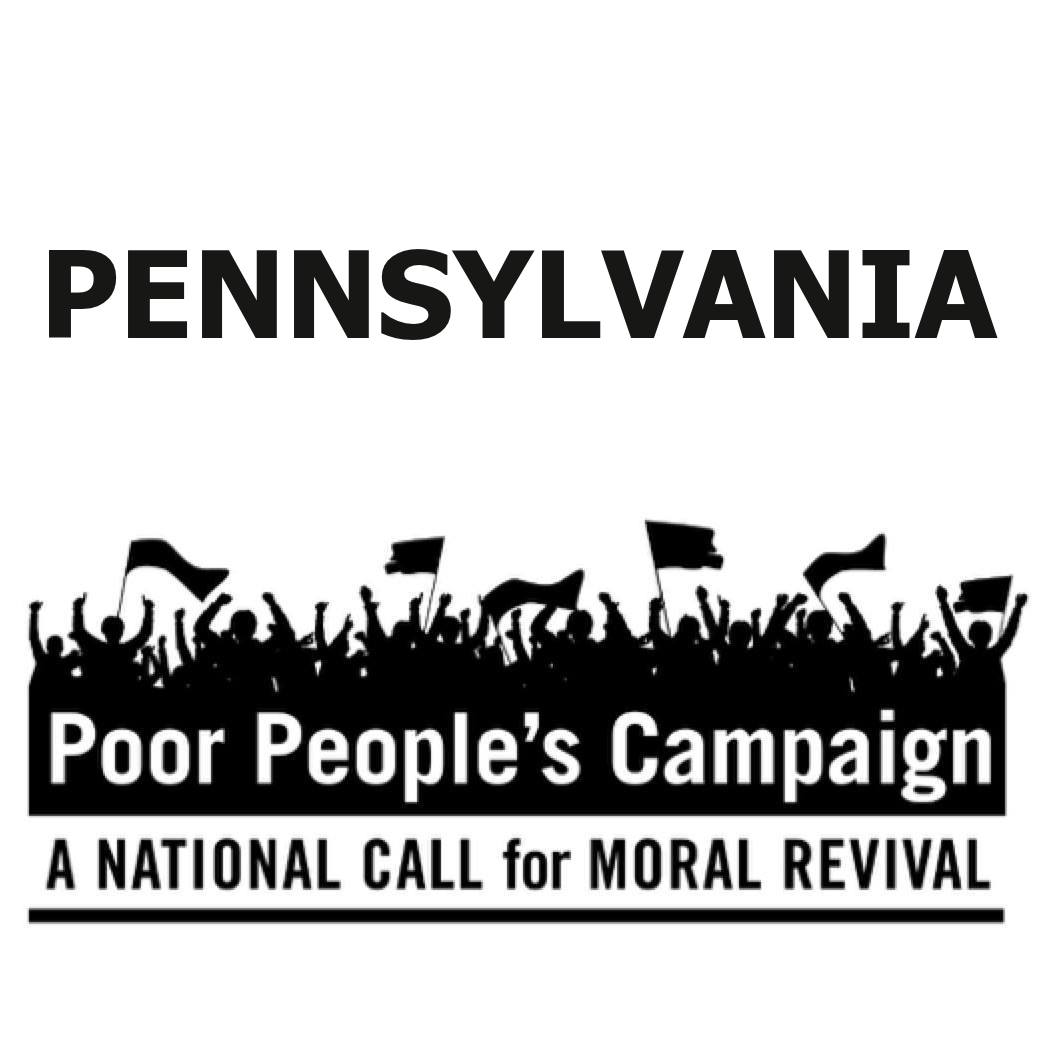 [Harrisburg, PA] – Poor and disenfranchised people, clergy and moral leaders from across Pennsylvania will join the Poor People’s Campaign: A National Call for Moral Revival Monday.
Poor people, clergy and activists will hold a news conference at the state capitol to serve notice on state legislative leaders that their failure to address the enmeshed evils of systemic racism, poverty, the war economy, ecological devastation and America’s distorted national morality will be met this spring with six weeks of direct action – including one of the largest waves of nonviolent civil disobedience in U.S. history.

The Pennsylvania delegation of impacted people and moral leaders will deliver a letter to politicians highlighting dozens of racist voter suppression laws passed nationwide in recent years and a stark jump in the percentage of people living in poverty. They will vow to risk arrest beginning Mother’s Day if politicians fail to adopt a moral and just agenda.
The news conference in Pennsylvania will be one of over 30 at state capitols and the U.S. Capitol Monday, marking the first nationwide action by the campaign since it launched on Dec. 4, 50 years to the day after Dr. Martin Luther King Jr. and others called for the original Poor People’s Campaign.

WHO: Poor, disenfranchised people, clergy and moral leaders joined by grassroots, community and labor organizations.
WHAT: News conference and letter delivery at PA Capitol and in over 30 state capitols, U.S. Capitol as part of the Poor People’s Campaign: A National Call for Moral Revival
WHEN: Monday, Feb. 5, 2018, 11 a.m.
WHERE: Capitol Rotunda
###

The Poor People’s Campaign: A National Call for Moral Revival is the product of a decade of organizing by grassroots groups, religious leaders and others to end systemic racism, poverty, the war economy and ecological devastation. Expected to be a multi-year effort, the campaign will unite the poor, disenfranchised, and marginalized, combining direct action with grassroots organizing, voter registration, power building and nonviolent civil disobedience.