Health care is a human right!

Our current campaign is about claiming our human right to health care. We should all be able to get the care we need, when we need it, without going broke. The long-term goal of this campaign is to pass legislation that insures health care is a universal, publicly-financed human right for everyone in Pennsylvania. 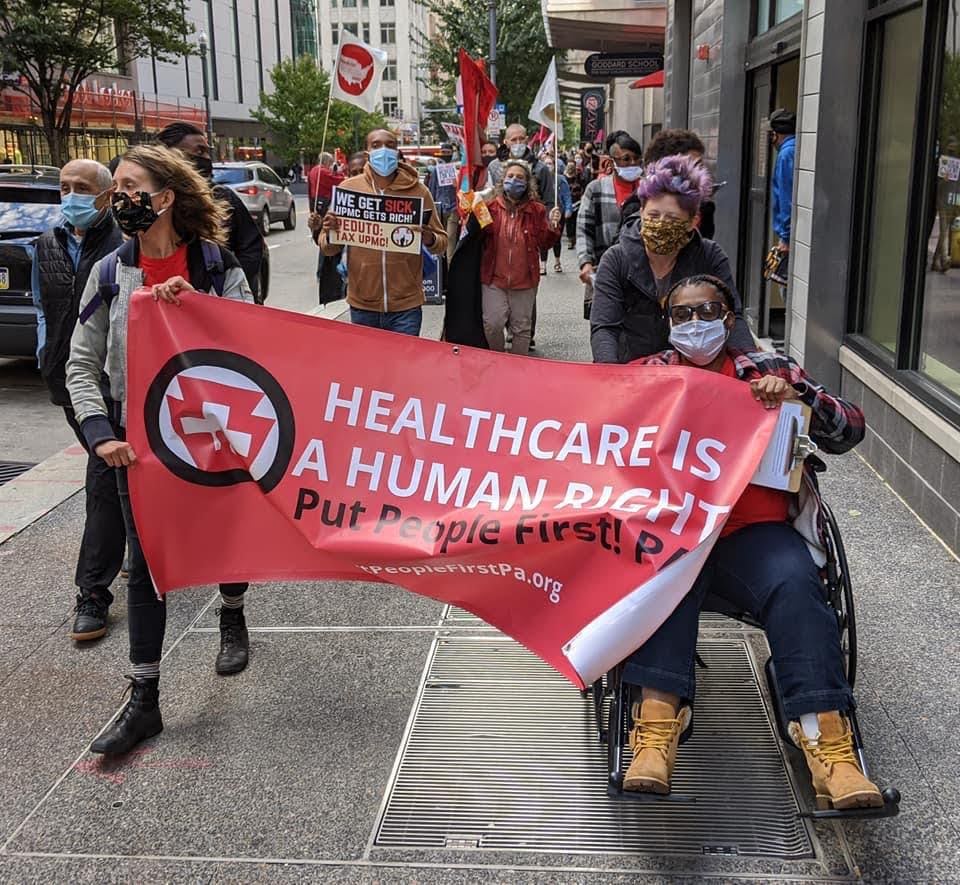 Everyone gets sick. We all have bodies, and we all need care. At some point in our lives any of us may need dental care, vision care, mental healthcare, reproductive care, elder care, gender related care, and other forms of care. Currently, our healthcare system doesn’t treat us as whole people. We have a patchwork system in which healthcare is a commodity and not a right. Our ability to secure quality care of all kinds for ourselves and our families is largely dependent on our ability to pay. It also depends on whether we live in a city, a suburban or a rural area, whether or not we’re inside a jail or prison, our race, gender, age, and immigration status.

Just like we need a healthcare system in which healthcare is a right and a public good, we need a movement to secure such a system where we all come together to get everything we need. If we keep advocating around different pieces of the healthcare system, in different communities, we can’t build enough power to transform the whole system. Put People First! PA brings together all of our communities to win one of our most basic needs and build a movement not for “coverage” but for care.

Here’s a timeline of some of our organizing victories and milestones:

We know that a different health care system is possible. Put People First! PA believes that only a grassroots groundswell of those most impacted can transform our healthcare system to one that puts people above profit. Want to be part of this campaign? Learn how to get involved.