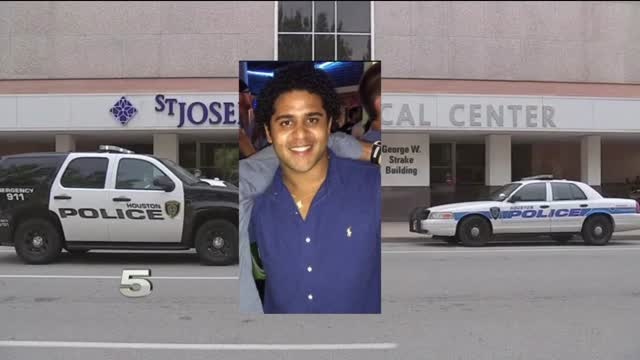 I first heard about the shooting of Alan Pean by off-duty policemen at St. Joseph Medical Center in Houston twenty minutes after I got my first anatomy exam of medical school back.  This news sounded like so much of the news I’ve gotten for the past year: an unarmed black person was shot by police officers. This time in a hospital. As usual, the trained, armed officer feared for his life. I was still studying, still investigating every paper-thin layer of my cadaver, but I couldn’t stop thinking about what exactly I was studying for. Medicine’s political context is there regardless of whether I choose to engage it, and tragedies like this one make it clear that we need to engage these issues together, with input and leadership from the people affected.

“Gaps” are probably one of our favorite metaphors in healthcare. Gaps in coverage can be filled. If we keep doing good work, the gaps will be filled until there are no more gaps. It suggests a well-designed bridge with a few mistakes in it, the kind that a few experts can fix with localized, single-issue efforts. The problem with this is that it treats Alan Pean as an aberration, a random mistake, and therefore not a moment to take action or to change. The most recent engagement of the American Medical Association with it’s “Violence Prevention” advocacy topic was a letter to a Senator from 2014, which only dues-paying doctors and medical students may read. Its most recent and publicly available advocacy update makes no mention of gun violence, let alone the epidemic of police brutality disproportionately affecting Black Americans, or the Black Lives Matter movement. The Texas Medical Association’s site (“Physicians Caring for Texans”) makes no mention of any of these issues either. Physicians from Mt. Sinai Hospital made a powerful statement decrying the “outrage” of Pean’s shooting. They gathered nearly 3,000 signatures, but the Medical Society of the State of New York and the New York County Medical Society also seem to either lack the infrastructure for reacting, or consider these issues beyond the scope of their work. Physicians for a National Health Program has been the only national organization of medical activists to engage this issue, taking cues from the leadership of their student division, SNaHP, in amplifying the message behind the WhiteCoats4BlackLives action.

Efforts are being made to use public health discourse as a space for engaging the issues the Black Lives Matter movement has shined a light on (make time for Dr. Mary T. Bassett’s article in the New England Journal of Medicine), but still, the predominant story is about “gaps” in coverage. So when uninsured people die, or when the disciplining and punishing arms of the state show up to work alongside us as our colleagues, we can safely say that “we’re working on it,” that Alan Pean’s suffering is a hiccup in a system which is reflective and self-aware.

I think many people in healthcare are indeed reflective, and want to make it their job to address these kinds of issues. I admire these people sincerely. These relationships will make sure I become not just a caring provider, but a reflective person. They will help me think critically about what our “good work” means when healthcare is married to systems which enact violence: the police, the military and militarism, prisons, and for-profit insurance companies. We need to actively re-position ourselves in order to deal with these issues, but we barely even have space to talk about them.

We need better vehicles for having these conversations and taking action. Alan Pean was shot in the chest by colleagues of those charged with his care. That isn’t a gap. That’s a crisis. When we talk about disparity or the “social determinants of health,” we’re not just talking about “gaps,” we’re talking about politics, and we’re talking about violence. The shooting of a black man in a hospital is not a random accident. It took place in a healthcare context marked by its close ties to systems which actively make us unsafe and unhealthy. The deplorable healthcare provided within our system of mass incarceration, the immense power and influence of insurance companies and lobbies which make profit by denying us life-saving care, and hospitals which collaborate with a police system unable to serve or protect the most vulnerable – these are all part and parcel of healthcare as we know it.

There are few major platforms for talking about Alan Pean and the healthcare system’s other victims, or for engaging with healthcare’s many deep contradictions. We lack space for listening (ask a primary care provider), and taking action together is practically unheard of. Who should we be listening to, what are our interests, and who should we be acting with? We need to invest in spaces for figuring this out, spaces whose membership is not restricted based on class, race, gender identity, citizenship, or education. We need to get in those spaces, and listen. These are the spaces that passed Act 48 in Vermont. They are the only kinds of spaces that can fundamentally change the way we relate to each other, change the way we take care of each other, and change the structures which have convinced us that we are isolated and powerless.

Karim Sariahmed is a medical student and a member of Put People First PA, and has also worked with Healthcare-NOW!