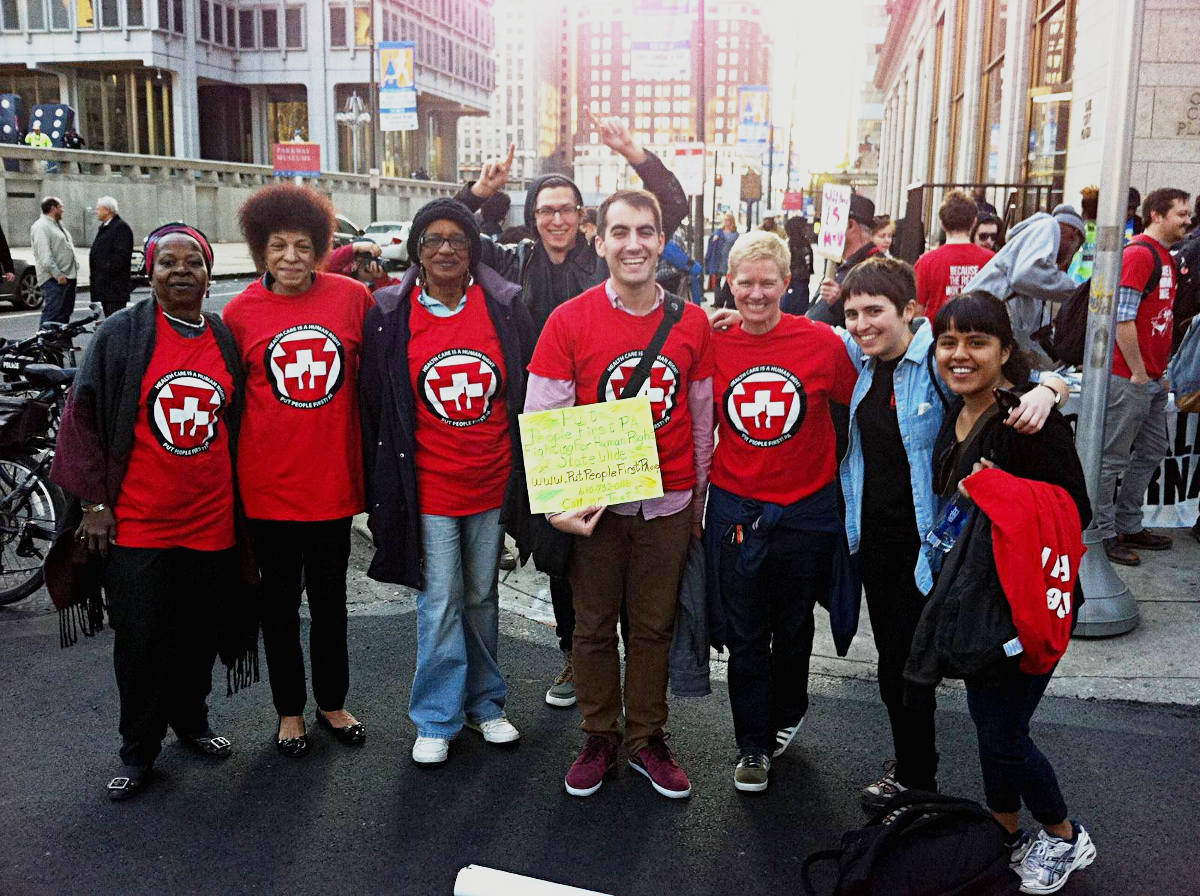 On Monday, patients and medical students will take action to hold Independence Blue Cross/Blue Shield (IBX) accountable for predatory insurance practices in the midst of a healthcare crisis, where everyday people are struggling to afford basic care. Pennsylvania residents will share their healthcare stories, and people directly impacted by IBX negligence and misconduct will deliver a letter seeking resolution to their cases. They will bring visibility to their long-standing struggle with the insurance company.

Put People First! PA member, Tammy Murphy, was directly impacted by IBX’s predatory policies and poor customer service. After years of struggle, which included a pregnancy without adequate care, Tammy was left with thousands of dollars of debt, mistakenly assigned to her when IBX opened multiple accounts under her name. “The stress on our family is really extreme. We have lived in fear without adequate coverage for our family, under constant threat of collection agencies.”

In 2016, IBX asked the Pennsylvania Insurance Department to raise the price of insurance premiums by $30 or more for every single Keystone Plan in Philadelphia. According to the Pennsylvania Department of Health, in 2014 more than 1.5 million people in Pennsylvania reported that, in the past year, they needed to see a doctor but couldn’t because of the cost (taken from the state’s health statistics reporting tool, here). Despite this and having opposed the Affordable Care Act when it was first proposed, IBX CEO Daniel Hilferty is a member of the host committee for the Democratic National Convention.

Last month, Put People First PA! won an 8-month campaign with the Pennsylvania State Insurance Department to secure a Public Hearing on skyrocketing premium prices in 2017, like those of IBX. This hearing will be in two days, on July 27th at 9:30 AM in Harrisburg Public Utilities Commission Hearing Room #1, Keystone Building, 400 North Street, and will be the first opportunity Pennsylvania residents have had since the passage of the Affordable Care Act to speak on the record about the impacts of a healthcare and insurance crisis that affects every Pennsylvanian, across all lines of division like race, age, politics, and geography.