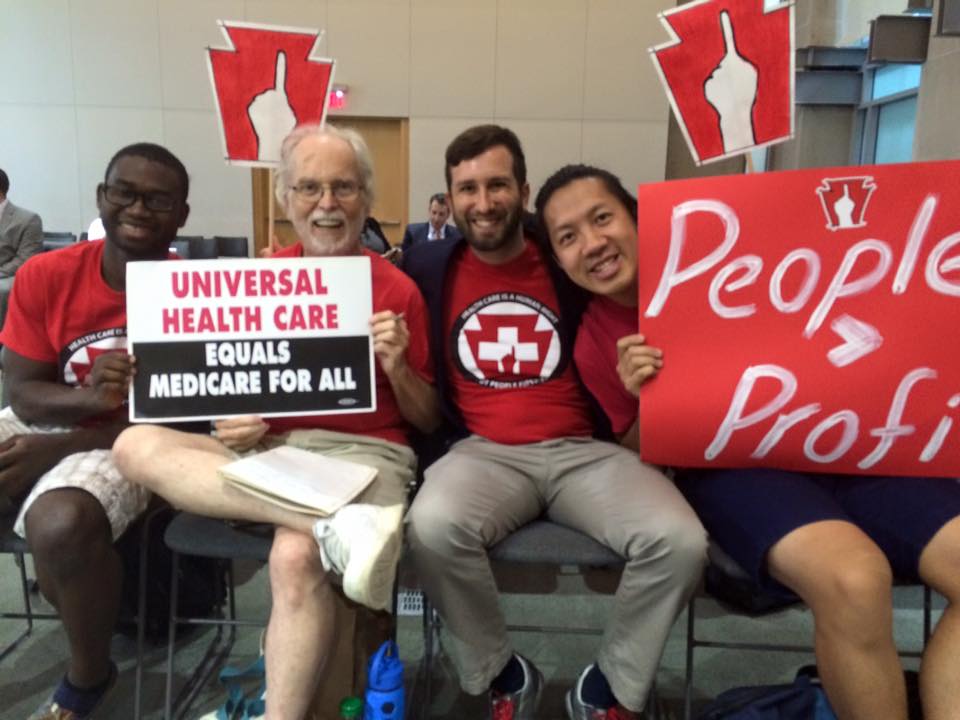 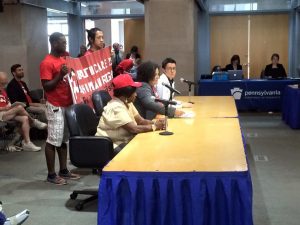 On Wednesday, July 27th, the Pennsylvania Insurance Department (PID) held the first ever public hearing on individual and small group healthcare plans. The hearing was prompted by the calls, letters, petition signatures stories, and tenacity of hundreds of everyday people and organizations across the state who over the course of 8 months demanded a public forum to air concerns about skyrocketing premiums, deductibles and co-pays.

In the morning, the PID and the assembled residents heard from Highmark, Aetna, Independence Blue Cross, Capital Blue Cross, UPMC Health Plan and Geisinger Health Plan, all of which are requesting double digit rate increases. The increased costs would impact nearly 500,000 people in PA who purchase insurance through the marketplace. To her credit, Commissioner Teresa Miller and her team asked some pointed questions such as why Highmark hasn’t used a $3.7 billion surplus to offset rate increases for customers. Companies justified their requests by citing high prescription drug costs, market uncertainties and unexpectedly large numbers of sick people.

By 1 pm, most insurance company executives had left and the room was packed with four dozen residents from across Pennsylvania, three quarters of whom wore red t-shirts with the distinctive Healthcare is a Human Right logo of Put People First! PA (PPF-PA), the group that agitated to make the hearing happen for over eight months. Many traveled over 200 miles to say “NO” to companies’ double digit rate hikes that are forcing families to choose between paying for healthcare and paying for rent, utilities and food.

For three hours community members delivered over 25 heart wrenching personal testimonies detailing the challenges they face trying to get care under the current healthcare system. Stories of physical and mental healthcare struggles exacerbated by the stress of premiums that cost more than rent, a complete lack of access to dental care, and forgoing medications and therapies due to costs, among others.

Healthcare providers and navigators also testified. “Insurance companies continue to shift these costs onto people every year,” said Jacob Hope, a PPF-PA member and enrollment assister. “These actions have real consequences. Any further increase in costs will push people to worse plans or out of the marketplace completely.” A number of speakers questioned whether insurance corporations produce anything of real value.

Put People First! PA thanks the PID for its commitment to greater public participation in the rate review process and will continue to assert that healthcare is a human right, Pennsylvanians cannot afford rising premiums and they demand that the insurance department reject premium increases and put people first. 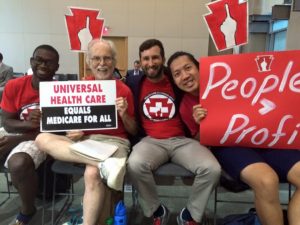